My Truth: My Journey Toward Servant Leadership 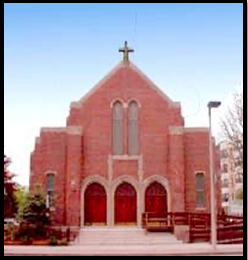 “St. Cyp’s” and “Fergie.” They were the loving nicknames of our mother church, our family church — that is St. Cyprian’s Episcopal Church —and our pastor there, The Rev. David Leroy Ferguson. Those nicknames speak to the extent that our faith community was our community, an integral part of our extended family, our village.

St. Cyp’s was a product of white racism. As former British colonials, almost everyone in Boston’s West Indian immigrant community was a member of the worldwide Anglican Communion and had an unwavering tradition of Sunday worship. However, these early 20th century Caribbean immigrants worshiped in the evening, unlike most churches.

Why? A large number of Boston’s West Indian community, especially women, were employed as live-in, domestic servants and nannies in the homes of Boston’s wealthy. Their schedules were such that they were unable to gather for Sunday worship until Sunday evening, after they had served the traditional mid-afternoon Sunday meal to their employers.

For a few years, these early West Indian pioneers gathered for Sunday worship services in the basement of Boston’s historic Episcopal Church of Advent  in Boston’s downtown Back Bay neighborhood.

One Sunday, according to my parents and others, following a Sunday evening lay-led worship service, a Black parishioner, John Bynoe, Sr., who had worshiped there earlier that evening, returned to the church to retrieve his misplaced hat. Mr. Bynoe found more than his hat. He found a white Advent parishioner fumigating their recently vacated worship area. These Black parishioners never returned to Advent.

This racist act by God’s creations did not diminish the strength of this immigrant community’s faith. Instead, they relied upon a tradition, well known to Black people, no matter what their cultural background: survival in a hostile environment.

For a while, these West Indian Christians worshiped in the parlor (living room) of a Black Harvard University medical student. Soon afterward, upon learning of their lay-led worship services, the bishop of the Diocese of Massachusetts, in order to provide these devout believers with spiritual and financial support, formally organized them as St. Cyprian’s Episcopal Mission. (An Episcopal mission is diocesan-supported church entity which operates under the direct oversight of the bishop.) 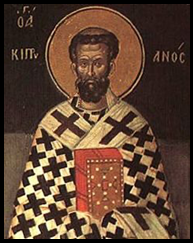 The Mission’s Patron Saint was St. Cyprian, an early Christian theologian and bishop who ministered to the Christians of North Africa during a time they were being persecuted by Rome.)

Later, Fergie, an African–American priest with no prior relationship with Boston’s insular West Indian immigrant community, was assigned as their pastor. Fergie was a great listener. He and those under his spiritual and pastoral care clicked almost immediately.

In 1921, under Fergie’s leadership, with Ma and Dad among its founding members, St. Cyprian’s Episcopal Mission, became one of Boston’s first churches to be built by Black people. The church is located on Tremont Street in Roxbury. Eventually, the mission became St. Cyprian’s Episcopal Church, achieving parish status when it became fully self-supporting.

It was a celebratory occasion when, in 1946, St. Cyp’s  mortgage was burned at a Sunday evening service. I vividly remember that historic moment. But us kids in the Men & Boys Choir, who had to sing that evening, didn’t share the congregation’s celebratory mood. We were really put out. After all, we reasoned, why did we have to return for a second service that day? They could have combined everything in the usual morning service. After all, we boys had other important fun things to do. Justice was denied us that evening.

Truth be told, in my opinion at least, Fergie was a lousy preacher. His sermons were bland and forgettable. His pastoral skills, however, were superb. In later years some people complained that he delegated too much decision-making to the founding members of the church. Maybe Fergie was a smarter than we thought, deferring to those who had given so much to the growth of St. Cyp’s.

In any event, Fergie sure loved us kids, and for that, even his harshest critics praised him no end.

MUSIC, PRIDE AND A BIT OF MISCHIEF 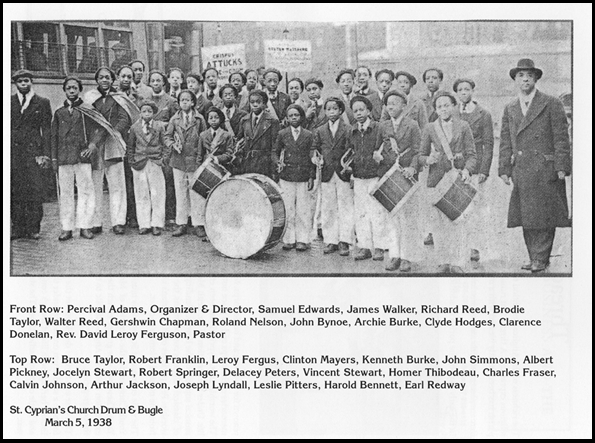 We had a well-dressed Drum & Bugle Corps at St. Cyp‘s. My brother Calvin played the drum and Earl Redway, our future brother-in-law, played the bugle. Dressed in blue jackets, white shirts, tie, tan pants and wearing blue berets, the St. Cyp’s corps was always the highlight of Boston’s annual Crispus Attucks Parade. Wearing his black fedora, Fergie walked alongside St. Cyp’s musicians in the parade.  Oh, you should have heard the girls screaming as the corps marched along Columbus Avenue. The girls screamed like others celebrated the Beatles in the 1960’s.

At least 14 members of our Drum & Bugle Corps’ saw combat during World War II. Some, such as Earl Redway, were members of the Tuskegee Airmen. Calvin was a Buffalo Soldier in Italy. Each survived the war unscathed, physically, that is.

The soldiers regularly wrote letters to Fergie from unknown locations overseas, and Fergie read every single letter from the pulpit. My family burst with pride when he read Calvin’s letters. Like those of all other service members stationed overseas, his letters were heavily censored and made no mention of his whereabouts or activities. They focused on looking forward to returning home, being “busy” and sending good wishes to everyone.

Singing in the Men & Boys Choir was not an option for kids of my age. It was a rite of passage. We found “Pop” Barrows, the choirmaster, just plain unjust, or so we thought. He insisted that we be prompt and rehearse for a lifetime (a whole hour and a half) on Wednesday afternoons, in addition to rehearsing with the men Sunday mornings before regular worship service.

“Pop” Barrows was so unfair that one day, Gene Wolcott – my friend who would become Honorable Louis Farrakhan of the Nation of Islam — and I decided to take matters into our own hands and sabotage choir practice; we stuffed the piano with prayer books. Our reasoning was simple: No piano, no rehearsal, and we’d all go home to more important things – play. Our strategy didn’t work. Our logic was flawed in its conception and execution. “Pop” Barrows hit a piano key, silently, looked inside the piano, wordlessly removed the books and, with absolutely no show of emotion, continued as if nothing was out of the ordinary.

Lesson learned? Sometimes you’ve just gotta go along with the program — no matter how unjust — and fight the battle another day.

Gene, incidentally, was celebrated at the 50th anniversary of the burning of that mortgage. (I didn’t have the opportunity to remind him about our childhood prank.)  He insisted that everyone continue to call him “Gene” and spoke movingly of the impact of St. Cyp’s and Fergie upon his life, in terms of character-building and friendships.  Like many others, Gene was and will always be a part of our St. Cyp’s family and a friend.

Other, less well-known kids of our group of first-generation Americans worshiping at St. Cyp’s went on to achieve a degree of success in their chosen fields.

As for me, I’m what known as a “cradle Episcopalian,” an Episcopalian since birth. Like the founders of St. Cyp’s, I’ve seen racism in my church first-hand, at St. John’s Episcopal Hospital, a segregated church hospital in the Bedford-Stuyvesant section of Brooklyn, New York; at the then-segregated Lovett School in Atlanta, a school that denied admission to Martin Luther King, Jr.’s child, Dexter; at St. John’s  Episcopal Church in Savannah, Georgia that once refused to admit Black people into its worship services.

Still, I’ve never lost sight of the lessons I learned from the likes of Fergie and the founders of St. Cyp’s.  The most important is to hold fast to your core values and work to change the world according to them. Ambassador Franklyn H. Williams, one of my mentors in the 1970’s, once told me, “Lloyd, you can do one of three things with a messed-up system: You can burn it. You can ignore it. You can work to improve it.”  I’ve worked to improve it.

Over the years, I’ve strived to be a part of moving the Episcopal Church forward. Some say, “If it ain’t broke, don’t fix it.” I say, “If it’s broke, fix it.”  With others, I’ve confronted inequality when I’ve seen it.  I joined with others in nonviolent direct-action protests. I’ve served in elective and appointed leadership positions in social-action organizations.  I remember especially the time we demonstrated in front of the Episcopal Diocese of Long Island’s segregated St. John’s Episcopal Hospital – that action was memorialized in the above photo from the New York Times.

The story of my Mother Church is more that living testimony to its founders’ faith, grit, and hope. It’s a story all too well-known to Black people — surviving and eventually prevailing in a hostile environment.

It’s a challenge for almost every Black person today; it hasn’t gone away with the decades since the founding of St. Cyp’s. It’s a challenge beyond the walls of religious institutions. How do we translate adversity and our inevitable anger and use our gifts to act for the greater good? It’s a question I struggle to answer almost every day.

St. Cyp’s remains at its original location, 1073 Tremont Street in Roxbury. Next time you visit Boston, visit St. Cyp’s and tell them one of its children sent you.