2. Childhood Beyond The Schoolroom 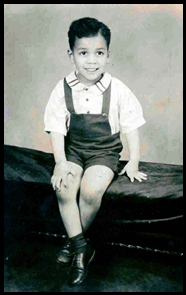 Toward the end of my kindergarten year at the Nathan Hale School, Ma summarily announced that I wouldn’t return there in the fall, supposedly because my first-grade teacher was “deaf.” Her rationale escaped me then, but at age 4 who was I to question her decision. Since then, I have come to think that, from Ma’s point of view, “deaf” meant that that teacher was wearing a hearing aid.

She declared that I would start the first grade at the Louis Prang School on Washington Street near Dudley Square. Louis Prang was a Boston printer known as the father of the Christmas card. That school was no Christmas card for me.

I was devastated by my mother’s choice for me and the change. For reasons beyond my comprehension, I was uprooted from my familiar neighborhood school, taken away from my friends, and had to walk further to school – alone.  Without the support of my friends, I would have to start the first grade at a new school and in a new neighborhood and adjust to new classmates and new teachers.

Perhaps, predictably, things did not go well for me at the Prang School. As a new kid from outside the neighborhood, husky for my age, and one of no more than five Black kids in the entire school, I was bullied by other (white) kids. My three years at the Louis Prang School were devastating upon my psyche. I felt like a misfit and performed poorly in the classroom, socially and academically. I became a fearful child who didn’t like school, whereas earlier I loved everything about school.

For the first time in my life, I was exposed to overt racism. I witnessed a cruel, racist, playground “game” called “Nigger Pile.” Here’s how it worked. During the cold Boston winters, a kid would trip another kid on the school’s ice-filled playground and, when the child fell to the ground, the aggressor would shout “Nigger Pile.” The other kids would then laugh and pile onto the beleaguered child. The teachers? They would idly stand by and, by their inaction, implicitly encourage the “game.”

I was never a victim in this “game,” simply because it was a “crime of opportunity.” Race wasn’t an issue. Whoever was standing on a slab of ice, no matter what his race, was liable to become a victim. The kids who piled on were all white. I was shocked, embarrassed, and humiliated.

I became increasingly withdrawn and performed poorly academically. One teacher dismissively labelled me “lazy” and, in effect, disassociated herself from my plight when Ma visited the school to check on my progress. A few other parents made similar visits, but Ma’s visits embarrassed me, and they made my situation worse.

I have no other recollection of my three years at the Louis Prang School, other than the fact that it had six classrooms, with two grades on each of its three floors. The Prang School is the only school without a single photo in my archives.

Never, in the years that followed, despite my passion for reading and my strong network of friends and well-intentioned and loving family members, did I see school as a stimulating, nurturing, or protective environment. I realized if I was going to get ahead, I’d have to do so on my own.

Fortunately, my bad experiences at the Prang School were outweighed by my caring parents, my great and ethnically diverse friends, and the simple geography of my neighborhood. Linwood Square was a dead-end street with only a few cars, making it our private playground.

Boston’s winter snowstorms could be severe and problematic for adults, but they were a joy for us kids. We especially enjoyed our harmless snowball fights. Also situated on a hill, Linwood Square is perpendicular to Linwood Street, a steep but safe street that was perfect for winter sledding. The thrill of sledding with my Flexible Flyer on Linwood Street was exhilarating.

I wasn’t deterred one bit when I slid under a parked car and severely cut my knee. The permanent scar on my right knee of that accident is a daily reminder of those fun days. Occasionally, thanks to snow plows, we could build snow caves and tunnels in the snow banks. That was special. None of us ever wanted to be first to go home.

I was too young to understand the theory of flight, but that didn’t matter. I was awe-struck each time I saw a now–extinct double-wing, propeller-driven airplane circling the sky, preparing to land at Logan Airport.

I dreamed of conquering the skies, of becoming a fighter pilot, of maybe even a space adventurer like the fictional Buck Rogers I saw in comic books and the movies. It was not uncommon to see Don, Juke, Charlie and me “flying” around Linwood Square, arms straight out, twisting, turning, powering our engines, diving, pulling up at the last minute and flying in circles! We were flying daredevils!

I never dreamed that twenty-plus years later that not one, but two, friends Tim Boddie and Melvin Brown, would not only become fighter pilots, but break the sound barrier countless times in service to our country.

I loved to read. Ma and Dad, notwithstanding the differences that would eventually drive them apart, encouraged me to read. Dad, quite the talker, was always discussing local politics, inequality, and the rising tide of the war in Europe. The combination of books and Dad’s spirited and opinionated socio-political conversations opened new vistas for me far beyond my limited world of Linwood Square.

Comic books introduced me to reading. They were filled with pictures, simple words, color, action. Many nights, after going to bed, I would crawl under my covers and, using my flashlight, read about Superman, Batman, Captain Marvel and countless other comic book heroes.

Ma and Dad’s books were almost entirely about Black heroes – the Buffalo Soldiers, the Harlem Hellfighters of World War I, Crispus Attucks, Jesse Owens, Frederick Douglas, George Washington Carver, Booker T. Washington, and others. My favorites were the Harlem Hellfighters, the highly-decorated all-Black 369th Infantry Regiment from The Great War (World War I) They were strong, Black, proud men. 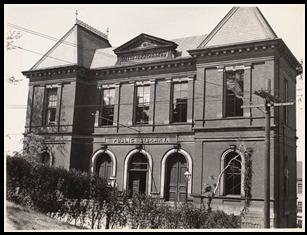 The local Fellowes Athenaeum library was a regular stop for Don, Juke and me. I once kept a book over a week and had to get the ten cents or so from my parents. Times were tight and payment of that fine was an unnecessary expense. They were not pleased by my negligence.

We liked the library’s story time hour. We were so proud when the librarian allowed us to borrow two books at a time. She trusted us, despite my prior   transgression, and it symbolized her recognition that I was a pretty good reader. To this day, I’m a inexhaustible reader – mostly nonfiction – because it opens vistas far beyond Linwood Square.

Unlike school, our library was a warm and welcoming place. We were always greeted with a smile, the staff encouraged us to browse around, and the chairs and tables fit us. Short coming? No Black role models. 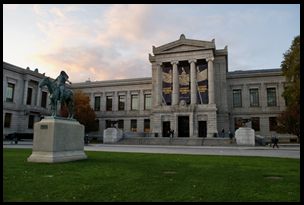 Occasionally, Don, Juke and I would walk downtown around The Fenway, a park-like neighborhood in Bay Bay containing Fenway Park and the Boston Museum of Fine Arts.

The museum, like all Boston cultural facilities at the time, was free to children under 17 years of age. We were attracted by its ongoing exhibit of glass-enclosed Egyptian mummies. They weren’t morbid at all. They looked like rolls of discarded house linen and we found it hard to believe that these relatively short wrappings actually contained ancient human remains.

Truth be told, we were more excited to detour upstairs where we could leer at the museum’s bare–breasted female Grecian statues. Paradoxically, naked women were banned in books and movies, but we could see then in a free public museum. It was another one of life’s many contradictions. Go figure.

Our explorations were limited to seeing only the exterior of Fenway Park, home of our beloved Red Sox. The now legendary Big Green Wall was simply the left field wall in those days. It wasn’t until 1946, that we could afford the hefty sum of seventy-five cents to buy a seat in the bleachers.

For all the mummies and nude statues, the highlight of those childhood years was the Saturday, when I was about nine years old, that Ma unexpectedly gave me permission to join Don and Juke on a trip into downtown Boston – unaccompanied.

This was huge. Together, we strode past Eliot Square,  down to Dudley Station and confidently paid our ten–cent fare onto the “El” (Boston Elevated Railway). We made the easy decision to ride in the first car, so we could look ahead. Smoking was so common in those days that the El had specially designated (and smelly) smoking cars. The offensive odor of that smoking car was secondary to our being ahead of every other person on the entire train. Take a moment to think about how important we were. “If you ain’t the lead dog, the scenery never changes.”

I don’t remember the name of the movie we went to, but like all first-run movie theaters in those days, it must have featured two movies, a live stage show, and news of the week. Unlike our local second-run movie theater, there were no cartoons or fictional adventure series about Flash Gordon, Superman and others. It was quieter without the distraction of other jabbering kids, the seats were bigger, and the restroom was cleaner.

In later years, I was saddened and outraged by the belated realization that millions of Black kids like us in Southern states were denied the opportunity to experience the joy and excitement of our exploratory trip into a first-run downtown Boston movie theater. We weren’t trailblazers. We were just three kids having the time of our young lives. It was still another living reason for me to become a social engineer and work to fix such disparities.

Ma’s confidence in my ability to make this excursion was totally unexpected. At last! I was a grown-up.