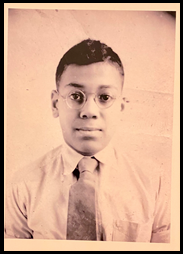 My childhood was marked by screaming and what seemed like perpetual ongoing arguments between Ma and Dad. Their fights never became physical. But, no matter. Their relationship was angry, vitriolic, and liable to erupt at any time. Their arguments contributed to my shyness. I often contrasted my parents’ dysfunctional relationship to the perceived loving relationships of my friends’ parents. Eventually, I even avoided bringing my friends by our home, fearful of exposing them to my family demons.

Ma and Dad were like oil and water. They didn’t mix. They seemed to have little in common other than the fact that they each emigrated from Jamaica in search of a better economic future. They shared few interests – Ma’s social life centered on her family; Dad’s among his workplace friends. There was so little warmth between them that I recall only one day when Ma addressed Dad as “dear.” I spent considerable time in the homes of family and friends. None could compare to the dysfunctional relationship of my parents.

On the downside, in my view, the West Indian community was as a whole, insular, judgmental, and intolerant of others’ perceived shortcomings. For example, they had little sympathy (or understanding) for the plight of Southern African-Americans who “tolerated” racial segregation. They overly-simplistically wondered why didn’t they fight back or just leave, as the Jamaicans had done? Like many others today, they adopted a blame-the-victim mentality and were generally clueless about breadth and depth of America’s ugly. legacy of slavery.

Like almost all of his siblings and with no financial support available from his family, Dad left home at age 18 to harvest sugar cane for two years in Cuba and save enough money for his passage to the U.S. 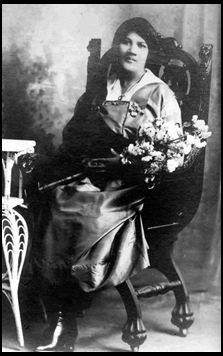 Ma’s family, on the other hand, financed her travel to the U.S. While she too left home as a teen, she came from a relatively sheltered life, directly into another English-speaking country, where she was preceded by her sister, Edith Dixon, and her cousin, Hilda (Dixon) Jackson. She lived in her employer’s residence in nearby Brookline, MA.

Dad didn’t seem to nurture ties to his family in Jamaica. I don’t know why. He applied for U.S. citizenship as soon as he was eligible to do so. Ma, like most Jamaican immigrants, never referred to Jamaica by name; it was simply “Home.” Many never intended to live in the U.S. permanently, only long enough to achieve a level of financial security, to eventually retire and return “Home.” She retained strong ties to “Home” until her death in 1999 at almost 100 years of age.

Ma waited until 1942, during World War II, before she applied for U.S. citizenship. It was a matter of expediency then, because citizenship was required to get a better-paying job in the defense industry.

She spurred my life-long interest to genealogy and my later decision to become a citizen (by descent) of Jamaica when in 1981 we had a conversation on the distinctions among my sundry uncles, aunts and cousins. As a result, I started my own family search beginning with a few cooperative family members, the Mormon Family History Center and, eventually, the internet. I’ve traced Ma’s family back to about 1640 in South Leith, Midlothian, Scotland and  identified about 2,000 family members overall. 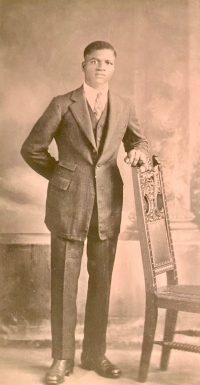 Dad, born on June 6, 1898, was the ninth of 15 children born to my paternal grandparents, Prince and Charlotte (Johns) Johnson, Sr. Their tiny four-room family home at 11 Victoria Street still stands across from Falmouth’s historic St. Peter’s Anglican Church. The house can barely accommodate four people overnight, even with an outdoor kitchen. So it is perhaps understandable that Dad’s siblings left the family home, to become self-supporting, as early as their teen years.

Only one of Dad’s siblings, my namesake Albert “Uncle Bertie” Johnson, stayed in the family home beyond adolescence. Another brother Theobold, the oldest,  volunteered for the British Expedition Forces during World War I, experienced the horror of trench warfare, and returned home suffering from severe “shell shock.” Prince, Jr., died at 24 from complications of diabetes. Simon emigrated to Cardiff, Wales and served in Britain’s Merchant Marine Service during World War II. Uncle Simon was killed in 1942 when his ship, the HMS Ocean Vanguard, was sunk by a German submarine,  U-515, commanded by Lt. Commander Werner Henke. (Too much detail? Remember, I’m the family genealogist and have gathered a trove of our family history.)

Dad took a circuitous route to Boston, drawn there, I suspect, by the presence of Eric Jackson, a childhood friend from Falmouth. Dad left his home in 1917, when he emigrated to Cuba to earn enough money to finance his journey to the U.S. by harvesting sugar cane.

Two years later, on April 24, 1920, he arrived in Key West, FL and travelled by train to his ultimate destination Boston, Massachusetts, one of only 23 passengers on the S.S. Maria. We never discussed it, but I imagine that Dad’s introduction to America through the deeply segregated South was one of rage and humiliation. 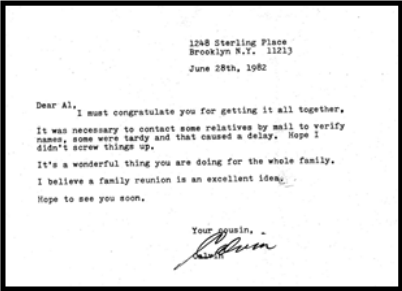 Letter from cousin, Calvin Dixon, to me re family research. 1982

As the family genealogist, I have conducted extensive research into Ma’s family history. I’ve been unable to trace Dad’s family history beyond his paternal grandfather, Abraham Johnson.

Ma’s grandfather, George Joshua Dickson, a white man, came to Jamaica in about 1850 as a 19-year-old youth from the seaport town of South Leith in Lower Midlothian, Scotland. He was likely an impressed – that is, kidnapped or perhaps even sold by his family and forced to work — crew member of a British ship bound for Jamaica. Upon arrival on the Caribbean island, maybe Falmouth, his brother, Richard, and he jumped ship (a capital offense). George sought refuge in the isolated Cockpit country of Upper Trelawny Parish. Richard reportedly settled in Hanover Parish and was never heard from again.

Also, in the Cockpit country, my maternal great–grandfather, George Joshua Dickson, met an indigenous Maroon (native Jamaicans who refused to be colonized by the British) and together they had 11 children. One child, Neithland, became a planter; with his wife, my Grandma Avis (Abram), they had 12 children, including Ma, who was born on May 21, 1899.

Grandma Avis, known in the family as “Granny Sawn,” was a Jew. She descended from that small contingent of Jews who, seeking relief from the oppressive Spanish Inquisition, came to Jamaica from Spain as interpreters during the mid-1500’s. The history of Jews in Jamaica is well documented.

Even today, Warsop, in the Ulster Springs District remains little more than an isolated mountainside hamlet. It’s approachable only by a winding, treacherous, road. Ma’s family, despite owning considerable land, was what we might call “land poor.” Nevertheless, because class and land defined one’s status in the community, their extensive land holdings made the Dixon name a prestigious one in Upper Trelawny Parish.

In 1917, encouraged by her older sister, Edith, who had emigrated to Boston the year before, Ma and her cousin Hilda Dixon decided to join Edith. Several family members assisted Ma. Her brother, Donald, sold his healthy cow to help Ma meet some expenses. Other family members loaned her money. Finally, on November 9, 1917, Ma — Louise Amelia Dixon — reached the Promised Land that was Boston, Massachusetts, USA. According to Ma, who arrived first at Ellis Island via the S.S. Almirante, she easily cleared customs, was escorted to New York’s Pennsylvania Station where a Traveller’s Aid representative stayed with her until her train departed for Boston.

I’m not sure how my parents met or what attracted them to each other, but I’m sure that the relatively small number of West Indian immigrants in Boston provided ample opportunity for their paths to cross.

Ma and Dad were married on January 11, 1923 in our family church, St. Cyprian’s Episcopal Church in Roxbury. Ma’s cousin Hilda and Dad’s friend Eric Jackson, were married there a month or so later, according to the church records.

Years later, in the sunset of her life, Ma gave me the simple engraved glass water pitcher that they received as a wedding gift. I was deeply moved, knowing that she wanted to be a continued presence in my life whenever she passed.

My parents’ wedding gift is a cherished family heirloom. Today, we keep it in a special place in our home.

Next: Troubles and Mixed Blessings