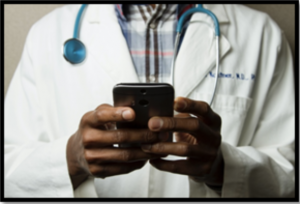 I was snatched from my comfort zone early one morning in November 1993 by an excruciating pain in my left flank. At Connie’s urging, I immediately called my physician, Hector Collison, M.D.. When he returned my call shortly afterwards, the pain was gone, and I was preparing for a busy day in the office. However, when he suggested I see him. I did. Believing I had a kidney stone, he almost off-handedly ordered an ultrasound.

Hector called me later that afternoon and somberly  told me to see him “right away.” Scared, I asked the usual, “What’s up?” He replied with the usual, “We’ll talk when you get here.” Our too-brief exchange wasn’t encouraging at all. No wonder he wanted to see me. It wasn’t good. The ultrasound had detected “a suspicious mass of some complexity.” Likely kidney cancer.

I was scared to death. Everyone I had known to have cancer had died.  Dad had died within four months of his diagnosis. I truly believed that my time had come, that I’d been served a death sentence. Hector’s departing words —“I’ll pray for you.” — added to my anxiety.

Treatment? A radical nephrectomy, removal of my left entire kidney. Things worsened when, during an invasive pre-operative procedure, doctors found a nearby aneurysm – a ballooning section of artery — poised to rupture. It was potentially fatal.

My nephrectomy had become more complicated. The aneurysm would have to be surgically repaired at the same time the kidney was removed.  Failure to do so could have serious consequences.

My not-so-simple surgery at Washington Hospital Center in January 1994, was successful. The cancer was stage one and required no further treatment. The aneurysm was successfully repaired. Many people, I learned, live well and long with only one kidney.

That transitory pain? Bleeding. What if I had followed my initial impulse and gone to my office not seen Hector?  I’d have felt no further discomfort for about a year, when the cancer would have metastasized beyond treatment. The aneurysm? But for the cancer, it wouldn’t have been detected until it ruptured. I might have bled out.

Until that fateful morning, I hadn’t been seriously ill a day in my life. Yet in a half hour, Connie’s advice to call our personal physician and his decision to order the ultrasound, indirectly led to the detection of two potentially life-threatening conditions: kidney cancer and the aneurysm. All combined to change the direction of my life.

I had dodged two bullets, so to speak. Yes, I was the beneficiary of excellent medical care –– and comprehensive, employer–sponsored, private insurance –– but I couldn’t ignore the presence of just pure luck. Too many Black people don’t have such healthcare coverage because of unemployment or underemployment and don’t get treatment until it’s too late.

I was vulnerable – it was twenty years before the Affordable Care Act, also known as Obamacare.  I’m outraged by those who would “repeal and replace” — in other words, eliminate — this lifesaving legislation.

My out–of–pocket costs for the removal of a kidney and the repair of an aneurysm? About $200. 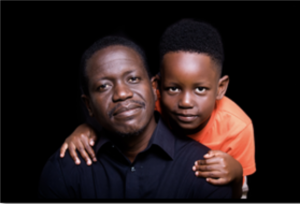 Connie and I were spiritually drawn to the overseas mission service program of the Episcopal Church. We each felt we had a duty to serve others unconditionally, not by converting them to our belief system.  We believed in serving by making our gifts – law for me and financial management for Connie — available to the people of the Third World.

And so, in January 2000, we spent several weeks in Mukano, Uganda and then, in June, I went to Mutare, Zimbabwe alone when Connie couldn’t get away from work. We wanted this hands-on opportunity to help us decide whether our good intentions were right not only for us, but for our hosts.

More than once we were brought to tears by the impact of the AIDS pandemic in both countries. In Uganda, there was the homeless teenage mother who holding two infant children to her chest, chased our van to a stop sign, tearfully, she pleaded with us to take and save just one of her two children. We couldn’t. We felt so guilty. It was surreal. Locked in our thoughts, we said nothing during the ride back. It haunts me to this day. .

In Zimbabwe, a despotic police state ruled with an iron hand by the late Robert Mugabe, I was moved by the many families burying loved ones, shrouded in white, from the bed of a pickup truck. All victims of AIDS. The graves of infants often had handmade burial signs surrounded by their favorite toys. Parental deaths were so common, I learned that in orphanages and elsewhere, OBA stood for “Orphaned By AIDS.”

We both felt a call to serve. Our plan? We would take a year off from our respective jobs and spend 2001 as missionaries in Uganda at a church-sponsored university. We’d made all of the necessary arrangements.

All that remained was for us to complete a physical examination. Not a problem, we thought.

I had been seeing my urologist every six months since 1993, so it was natural to start my medical clearance process with him. However, when I visited his office in his absence, I learned that personal problems had caused his once-superb medical skills to decline. I decided to entrust my care to Guilio Scarzella, M.D., a Silver Spring, Maryland urologist.

Guilio and I clicked. His superb medical skills were matched by a warm, outgoing personality. Imagine my surprise when he gently told me that I had an “under functioning kidney” — my remaining one — and promptly referred me to a nephrologist. “Under performing” turned out to be an understatement for  .

My prior urologist had had the same information available to him as Guilio, but had taken no action whatsoever on my behalf.  I was diagnosed with End Stage Renal Disease (ESRD).  That’s about as bad as it can get with kidney disease,

Upon learning of my condition – and that I was being treated by another nephrologist — Hector Collison, my primary care physician, encouraged me to see “his” nephrologist, a pleasant Black woman with whom I shared Jamaican ancestry; I really bonded with her. I’ve no evidence, but I’m now convinced that Hector, now deceased, took his action not for my interests, but to support his colleague.

That nephrologist, a woman whose name I interestingly cannot recall, initially told me that a kidney transplant was a possibility and then, later, reversed herself, saying that my advanced age – I was 68 years old — made me ineligible for a transplant.  I faced an unpleasant future of debilitating dialysis, a prospect I didn’t relish.

Healthwise, I got slammed a third time in 2001. This time, following a sustained elevated prostate specific antigens (PSA) and a biopsy of my prostate, I was diagnosed with prostate cancer. Good news. Stage one. Bad news. It was fairly aggressive. I was devastated, but nowhere as much as I had been in 1994.  I felt bloodied but unbowed.  Still another health challenge.

After considering my options, we decided that external radiation therapy was best for me. And so, beginning in August 2000, at 8 a.m., three days weekly, for eight weeks, I schlepped from our Takoma Park, Maryland home to the radiation center. I tolerated the procedure well. No hair or weight loss. No nausea. Once again, I had dodged the bullet.

MEANWHILE BACK IN THE OFFICE

My health issues were taking a psychic as well as physical toll on me. Fortunately, I was no longer involved in the stress of trial; I did the less stressful, more leisurely paced work of diverting civilian-generated criminal complaints away from the criminal justice system.

I didn’t broadcast the seriousness of my kidney disease to others, except for a few close friends. I spared them the gory details.

Others had it so much worse.  Bridgette Ann Greer, Esquire, then president of the JFB, was afflicted with life-threatening lung disease, and eventually received a double lung transplant. Sallie Williams, Esquire, a past president of JFB – from Clyo, Georgia — was suffering from emphysema, a disease which eventually took her life. These were sobering moments for me. The suffering of Bridgette and Sallie, each toughing it out, hurt me deeply – then and now. 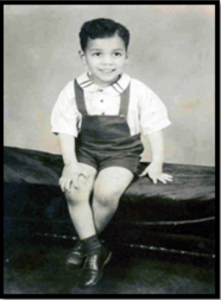 As I endured these many health challenges, I thought of my childhood years in Roxbury, Massachusetts. Health insurance?There was no such a thing in our home – or anywhere else. Times were tough. You learned to tolerate pain and rely on home remedies. Visits to the doctor were a last resort, after visiting Boston City Hospital’s Emergency Department, and you paid out-of-pocket for such doctor’s visits.

Contrast the respective end–of–life experiences between Dad and Ma.  Yes, Dad had Medicare, but he was old-school. Suck it up. Don’t go to the doctor even if Medicare pays. In the summer of 1972, Dad was coughing blood. A well–intentioned but misguided relative, no doubt thinking of the infamous, racist Tuskegee Experiment, discouraged him from having an exploratory diagnostic test because, “They just want to experiment on you.” Perhaps she was also thinking of the gynecological experiments performed on enslaved Black women.

Even today, memory of the Tuskegee Experiment is responsible for the distrust many Black people feel for the medical profession. Example: Ask any Black Millennial about the advisability of taking the Covid vaccine.

Would taking that explanatory test have prolonged or improved the quality of Dad’s life? No. He died five months later of lung cancer at age 73.

Mom, on the other hand, was a frequent-flier when it came to her doctors. Too much? Maybe. Over medicated? Maybe.  But she lived just five months short of her 100th birthday.

Personally, my kidney disease was undiagnosed and thereby untreated by my urologist Black, for God knows how long. It was diagnosed by a urologist, white,.

Let’s assume I’m an exception because it’s well-documented that white healthcare professionals frequently show inherent racial bias in the course of their practice.  Blacks are expected to have a greater pain tolerance than whites, receive fewer opportunities for cutting-edge therapies, and so forth.

Yet, many states, such as Georgia, with disproportionately high rates of death among their Black residents, and elsewhere in the South, refuse enhanced federal Medicaid payments for healthcare, because it means increased cost and federal oversight.  Many members of Congress, including “my” Congressman Buddy Carter (R-Georgia) actively oppose the Affordable Health Care Act (Obamacare), even though it can save the life of Black and other low-income constituents.

Is it any wonder that many Black people believe these policies are a part of a  thinly-veiled conspiracy to eliminate Black people? These people are not conspiracy theorists, whose conclusions are based upon ill-conceived coincidences and notions. They are real Black citizens whose life experiences lead them to believe in a healthcare conspiracy. Black lives do matter.

The years 1993 and 2000, more than any years of my life, stripped me of my quiet, unspoken, sense of invulnerability. I’d survived two bouts of cancer. I had learned that I had long untreated kidney disease. I had survived a potentially fatal aneurysm.  Countless other people who looked like me have succumbed to one of more of these diseases. They have added to the statistics.

My drive to improve my beloved but flawed nation had intensified. Yes, I had a dysfunctional childhood.  I also had imperfect but loving parents, a good education, friends who were positive in their outlook and always looked out for me. Best of all, I was the beneficiary of a kind, loving, and patient wife.

I had a duty to do my best – no matter where we settled in retirement.