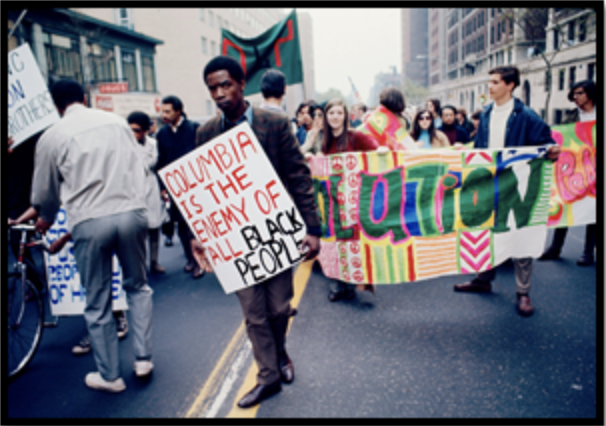 Protests over civil rights and the Vietnam War dominated the U.S. in the 1960s and Columbia University’s Urban Center was a direct result of its student uprisings in 1968.  Black students of the Student Afro-American Society (SAS) were outraged by the University’s planned construction of an arguably segregated gymnasium in adjoining Morningside Park. With strong support from the nearby Harlem community, hundreds of Black students occupied the University’s Hamilton Hall classroom building and took a University administrator hostage. White students of the Students for a Democratic Society (SDS) were outraged by the University’s complicity in the Vietnam War, and occupied Lowe Library, the administration building.

Thousands of arrests were made and the protests attracted worldwide attention and sparked student demonstrations elsewhere.  The University discontinued classes, the president resigned, plans for the construction of the gymnasium were indefinitely postponed, and the Ford Foundation made a $10 million line of credit available to the University to establish an urban affairs program. Enter the Urban Center, with Franklin H. Williams as its director.  The Harlem community felt, with some justification, that but for them, the Urban Center would not exist. It was a tension that dogged the Center for its life span.

In March 1969, what I expected to be a brief introductory meeting with Frank, before having lunch with Gloria Kaba, lasted about two hours. We shared our perspectives on the need for social change and our life and professional experiences. It was clear that we fundamentally agreed on a host of matters and, when our impromptu meeting was over, Franklin Williams invited me to join his staff as his assistant, overseeing and coordinating operations, while he addressed external affairs.

I accepted the offer and often when Frank introduced me to others on campus, he’d say, “When Lloyd speaks, I speak.”

Frank had a humungous ego. One day, while walking down Broadway, he asked me rhetorically if I had ever thought about why he projected me so much at campus events on his behalf.  No, I hadn’t. His reply? “If you’re big, I’m bigger.” Hmmm.

He also had a taste for drama. Once, returning from a trip to Ghana, he showed me a beautiful piece of art. Together we admired its workmanship. Then, he paused and he asked me if I really liked it. Yes. Would you like one like it?  Sure, Frank. “It’s yours,” he said.

Soon afterward, I met Richard “Dick” Thornell, then a Yale University law student. Richard became one of my dearest and longest friends And, when a lovely young woman, Carolyn Atkinson, began teaching in the Department of Sociology, Richard took my good advice, and they soon became an item. They were married a few years later. Sadly, in May 2020, my good friend died as a result of complications of Covid-19. We had talked at least weekly over the previous ten years. And like me, Richard could talk forever.  He never accepted a fact at face value. He had an insatiable curiosity and often asked, “How come…?” I miss him, a lot. 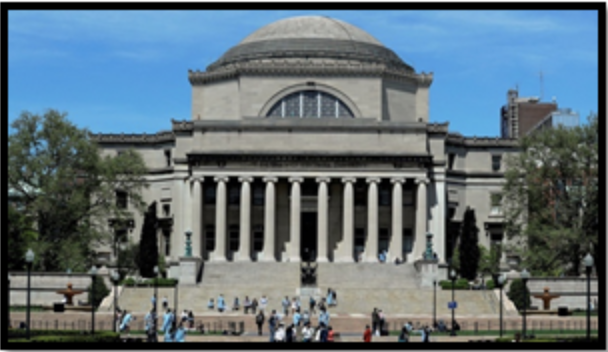 From its inception, there were mixed views of the mission of the Urban Center and, as with most things, it depended on your point of view. Some saw it as a grant-making program, others as a scholarship program, still others as a program to fund scholarly research on “urban” (that is, Black) affairs. Everybody seemed to feel ownership of the Urban Center. In addition to the proprietary interest of the neighboring Harlem community, Black students and many of Columbia’s faculty believed that, but for them, there would be no Urban Center.

With little appreciation for the informal culture of an Ivy League institution, with the outsized influence of the tenured faculty, I was buffeted by these cross currents during my entire time at the Center.

Frank’s efforts to clarify our mission – to make the resources of the University available to our Harlem neighbors and vice versa – never fully satisfied anyone. That mission made for a tension that continued for the duration of the Urban Center.

Another major undertaking was the research and publication of “Toward an Urban University,” which outlined a path forward.  We naively hoped that some of our recommendations would be accepted by the University, as they were at Michigan State University when it created its College of Urban Affairs. We were too optimistic. Our publication went on the shelf.

We supported the creation of several positions in the admissions department, colleges of business, journalism, urban planning, and architecture, and Columbia College, all geared toward promoting diversity in the student body. We funded several summer camps in which students worked with neighborhood youth and gave small research grants to the Student Afro-American Society (SAS).

Community support was contingent upon engagement with the University. For example, we funded a position at the School of Business to provide technical support to neighborhood businesses and to the Uptown Chamber of Commerce. These newly created positions, camps and research grants were noteworthy changes that carried the potential for lasting impact.

Not every Black person on Columbia’s campus shared my favorable view of Frank.  Some believed when he was the U.S. Ambassador to Ghana in 1966, he had been involved in the overthrow of the government of his former Lincoln University classmate, Kwame Nkrumah.

Frank contended that it was Nkrumah’s internal political missteps, not the U.S., that was responsible for the overthrow of his government. Frank vehemently denied any personal knowledge of the coup beforehand. He also insisted that the CIA’s embassy operative reported, not to him as the Ambassador, but to the director of the CIA.

Whatever the truth, antagonism toward Frank was so strong among some Blacks on campus that they refused to attend an Urban Center overnigh conference of the Black campus community.

Decades later, in 2018, while conducting genealogical research for our family reunion in Savannah, Georgia, I learned that one of these, Hugh I. Smith of Columbia College, and I were cousins. Hugh later told me that he attended the conference only because he respected and liked me and I had made a personal appeal to him to do so.

To this day, Hugh hasn’t changed is views about Franklin Williams. 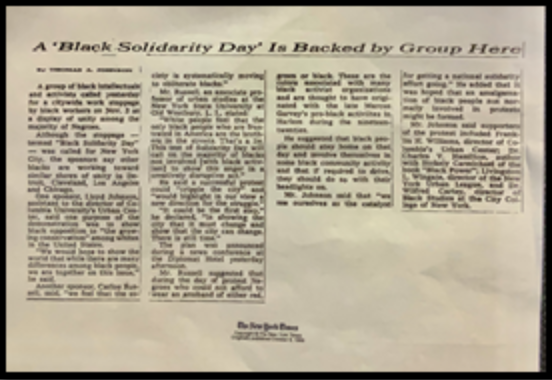 In the fall of 1969, a friend and former Community Progress Center colleague,  Carlos Russell, several other community activists and I were deeply concerned by the nature and extent of institutional racism permeating life in New York City and elsewhere — in education, employment, housing, and so forth.

We decided to act and set aside a single day — Black Solidarity Day — in which all Black New Yorkers, no matter what their philosophical differences, would stay at home, do no shopping, and instead conduct acts of service to the Black community and otherwise publicly demonstrate our unity. For example, those who were unable to stay home were encouraged to wear red, black and green – the colors of the Black flag — armbands to work, drive with their headlights on and so forth. We hoped that Black Solidarity Day might, one day, become a nationwide movement.

Black Solidarity Day was based on the concept of Douglas Turner Ward’s play, Day of Absence, about an imaginary Southern town in which all the Black people disappeared for one day. The idea behind the play – and Black Solidarity Day – was to dramatize that societies with racist practices depend on the very people they subjugate for their own survival.

The results were mixed on that first Black Solidarity Day. Many students simply played hooky.  A few folks might have stayed home, but we couldn’t determine whether they did so in noticeable numbers. Several cars had their headlights on in the bright fall sunlight. On the other hand, we received extensive publicity and others expressed a willingness to join us in future efforts.

Black Solidarity Day recently celebrated its 50th anniversary. Although that first observance may have fallen short of our optimistic initial expectations, it has grown and is now celebrated in NYC and elsewhere, such as the  State University of NY, New Palz. Carlos Russell, who was also responsible for my hiring his childhood friend, Gloria Allen Kaba, as my assistant, went on to become Panama’s ambassador to the United Nations.

Given the times, it should come as no surprise that conflict would arise when one of our nation’s oldest and best public health care facilities, New York’s State University’ Downstate Medical Center (DMC), sought to expand its building using one of the New York State’s most powerful – and racist – construction unions.

New York’s Building & Construction Trades unions were some of the most racist unions in the country, excluding Blacks by adopting seemingly race-neutral admission policies, such as requiring a family relationship for admission, called a father-son requirement.

And so, under the leadership of its president, Oliver H. Leeds, the Brooklyn Chapter of the Congress of Racial Equality (CORE) started daily picketing of the site, which grew into members of CORE and others, blocking the entire construction project by lying down in front of bulldozers.

Day after day, for two weeks, the lie-ins continued. The police would arrest a few demonstrators. Other replacements followed. I was one of those arrested. We were issued summons to court; those were eventually dismissed.

The most rewarding part of that demonstration? The union, under strong public pressure, was forced to admit a few Black apprentices. Second, the rousing cheers of the spectators as each one of us was arrested. 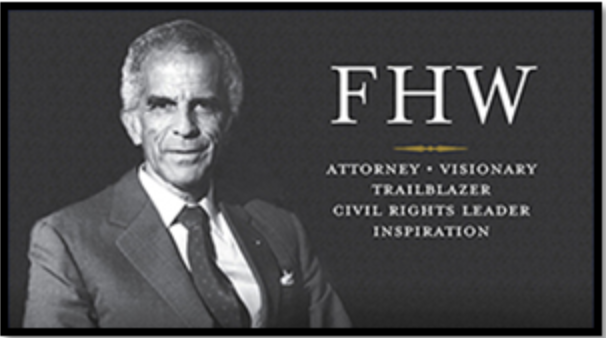 One day in early 1970, Frank, returned to the Urban Center and quietly called me into his office. He dropped a bomb, telling me that he’d just submitted his resignation as director of the Urban Center to Dr. William ”Bill” McGill, president of the university; he would become the president of the Phelps Stokes Fund. I was stunned, said nothing. Frank said nothing for a few moments and then dramatically dropped his second bomb: “The president has agreed that you should be my successor.”

I was overwhelmed, honored, and humbled. I knew that this was a life-changing event. But it’s suddenness really got to me. I was fearful about following the towering, charismatic Franklin Williams. How would I be perceived? Nevertheless, I was honored by the confidence shown in me by Frank and president McGill.

Whatever. I was the director-designee of the Urban Center. Notwithstanding my ever-present uncertainties, I knew that I was prepared for this position.

I’d learned about the informal governance of this great national university. I was directly responsible to its president, I had a well-funded organization with capable staff. I’d spoken truth to power for decades and wasn’t in the least intimidated by the prospect of dealing with entirely white senior administrators and tenured faculty.   Yes, there were challenges ahead. The biggest of which was to earn the trust and confidence of our sundry stakeholders.  I was ready.