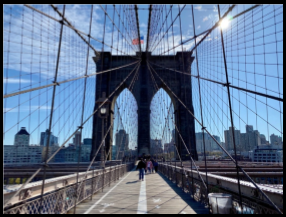 In January 1949, soon after Ma moved to Brooklyn, New York with my sister, Eleanor, she found employment at a hospital for the mentally ill. Then, a month or so before I graduated from Boston’s English High School (EHS)she purchased a brownstone house at 669 Park Place in the Crown Heights section of Brooklyn. Eleanor enrolled in a nursing school, where she earned her certificate as a licensed practical nurse (LPN). Calvin served the entire nine months of his sentence at the  Deer Island House of Correction for stabbing his former wife, never expressing remorse for his conduct.

In the weeks leading up to my relocation to Brooklyn, I was apprehensive, to say the least, about my future. I didn’t want to leave my lifelong friends and familiar Roxbury surroundings. How would I adapt to the unknown and uncertainties of life in Brooklyn.

Ma earnestly, but unconvincingly, tried to portray Brooklyn in a positive light, telling me, “It’s just like Boston.”  and “You’ll love our new home.” 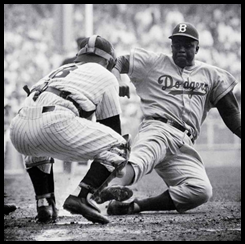 I wasn’t at all persuaded that Brooklyn would, in effect, be my Promised Land.  Her words left me cold. All I knew about Brooklyn was the Brooklyn Bridge, the legendary Brooklyn Dodgers baseball team, and Jackie Robinson, America’s first Black major league baseball player.

So far as I was concerned, Ma’s track record, with respect to making changes in my relatively young life, was pretty poor. I had ample reasons not to believe a word of what she was telling me.

First, there was her misguided decision to transfer me to the Louis Prang School and its disastrous consequences.  Then there was my personal anguish stemming from the secretive nature of our move from Linwood Square and what I felt was my betrayal of my “other mother,” Mrs. Shelton. Add to that her i decision to move us into Aunt Edith’s congested one-bedroom apartment, affording me no privacy whatsoever. And finally, there was her decision to leave me in Boston in the care of my well-meaning but ill-equipped aunt. That decision left me too much to my own devices and contributed to my academic and attendance problems at EHS.

Now, solely because she was so shamed by Calvin’s stabbing of his former wife, Ma has decided to uproot me from my friends and all that was familiar to me. And I’m expected to embrace this latest change in my life. No way!

Deep inside, I wondered why, if our supposedly close-knit, “supportive” West Indian immigrant community was truly supportive, did Ma need to take flight from all that was familiar to her? I couldn’t reconcile that contradiction at the time, but I knew that something was seriously amiss in this hypocritical picture. I saw up close and personal, the triple evils of misplaced loyalty (to Calvin), family secrets, and hypocrisy in action.

Make no mistake. I loved my mother unreservedly. In many ways, she was a source of support for me for my entire life. Indeed, but for her, I might never have graduated from Howard University. But, like all of us, she did have her flaws.

A it was with a deep sense of foreboding when, on June 7, 1949, the day after I graduated from EHS, I left my childhood home behind and accompanied by Ma, boarded the train to New York City. Was this to be still another one of her flawed decisions?

While I was financially dependent upon Ma, I reluctantly reached the troubling conclusion that, despite her good intentions, I could not generally rely upon her to exercise sound judgment when it came to major issues concerning my welfare – or those of my incarcerated older brother.

My fears about Calvin came to fruition in the years that followed. He became the almost singular focus of Ma’s attention as his propensity for violence escalated. He murdered an ex-brother-law, assaulted countless women, and time of his death at age 72, he was awaiting trial in California for a second murder; for which faced the death penalty if convicted.

Could there be any bright light at the end of this dark tunnel in which I found myself in June 1949?

Perhaps. Thanks to Eleanor, I’d started exchanging letters with the brother of one of her nursing school friends. His name was Conrad Mauge, but everyone called him, “Frenchie.”