My Truth: My Journey to Servant Leadership

Jimmy Galloway, another Black kid from The Hill, and I became fast friends as we rode the trolley to and from English High School.  We especially liked our route to school because it was also taken by girls attending the nearby Girls High School. We wanted to flirt with them, but at 14-years-old, we really didn’t know what to say. That would come later.

I hung out with Jimmy and his younger brother, “Junnie” or “OG”, after school. Meanwhile, Milton and Richie Roye, who’d been born in Boston but raised in Jamaica, returned to Boston about 1945, and we became lifelong friends.  Joe Stancil lived across the street from Milton and Richie, and we soon started playing touch football in the empty parking lot of a nearby Jewish synagogue.

One day, Milton, Richie, Joe, and I were hanging out at my home on Walnut Park, and we decided that it would be great for us to organize ourselves into a club, formalizing our bond beyond touch football and riding to school together. Agonizing over a suitable name, we eventually settled on “Spartans,” conveying the strength, unity and loyalty of the men who fought for the strongest of the city-states in Ancient Greece. We’d been so whitewashed in our history classes and society–at–large that we never considered an African name. “Hellfighters” didn’t particularly fit our marketing image.

We Spartans had no officers. No bylaws. No dues. No induction process.  Nothing. We weren’t really even a gang or a club. We were just a bunch of Black kids on the Hill, who genuinely enjoyed one another’s friendship.

Thus began a number of  lifelong relationships that endure to this day, almost 75 years later. That’s one of a kind for any group of kids. Black or white.

It was perhaps to be expected that Milton and Richie Roye’s mom would call us the “Drug Store Cowboys.”  After all, it was understood among the Spartans and others,  if you wanted to find any of us, just go to our “corporate headquarters,” AKA our neighborhood drug store.

We regularly gathered at the drug store at the intersection of Warren Street and Elm Hill Avenue. Today it would be regarded as old-fashioned with a soda fountain (a banana split cost 25 cents – about $10 today). It had an enclosed seated phone booth, where we could skillfully flip a penny into its coin slot to make a nickel phone call, and a few tables at which we conducted our “business” of girls, the Red Sox, girls, girls. The owner tolerated our presence, so long as we didn’t interfere with his paying customers. We didn’t.

Our headquarters had another big advantage: location, location, location. It was strategically located directly in the path home of several Black girls who attended nearby Roxbury Memorial and Jeremiah Burke high schools. Our harmless, flirtatious remarks soon lead to platonic friendships with girls such as Beverly and Carol Gray, Rhoda and Caroline Henderson, Frances Hill, June Range, Wilma Lane, and others.

Eventually, we all became fast friends and began hanging around the homes of  Joan and Frances Hill and Carole and Beverly Gray on nearby Wenonah Street. We played cards (bid whist, a bridge-like game) and chatted about almost everything under the sun (except sex; too shy). The girls’ parents clearly saw something positive in us, both individually and as a group, and had no hesitation about our going together to movies and house parties. At the house parties, we danced, enjoyed music and one another’s company. It was a safe and pressure-free place for us to learn to dance and talk with girls. 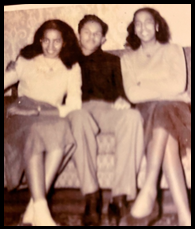 Richie Roye and I mistakenly believed that only the two of us had a secret crush on Rhoda Henderson. Years later after Richie’s death, in discussing this memoir with her, Rhoda laughing told me that she was fully aware that she was the object of the (unrequited) affections of, not just Richie and me, but – to my surprise — our fellow Spartan and my good buddy, Jimmy Galloway.

Rhoda also recalled that I once called her long-distance from college (an expensive undertaking in those days) and, since she wasn’t home, left a message saying, “Give her my love.” Rhoda’s well-intentioned grandmother misconstrued my innocent message and, according to Rhoda, wanted her to start making wedding plans. Rhoda wisely declined her grandmother’s advice and years later married Gerald Thomas, a distinguished Black hero.

Milton Roye and Beverly Gray eventually became an “item,” got married in the mid-1950s, and remain so to this day – over 65 years later.

Our relationship with these likable and engaging Black girls made us increasingly popular with – or the envy of –– other Black kids. They’d sometimes “crash” (come uninvited) our house parties. Often they were looking for a confrontation, almost daring us to try to physically remove them. We never did.

One day, while hanging around outside of our corporate drug store headquarters, a tall, well-built young Black man who exuded quiet confidence, unceremoniously approached us and, with little ado, asked us what we intended to do with our lives. Truth be told, other than graduating from high school and maybe going on to college, few of us had any clear goals in mind. But, by simply raising the issue, this guy struck a chord with us. 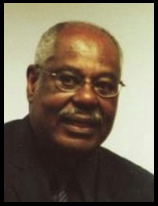 That guy was Freddie Gumbs and that seemingly unplanned encounter had a profound and enduring impact upon the Spartans. We later learned that Freddie Gumbs was an undergraduate physical education student at Boston University who, at the instigation of Joan and Frances Hill’s father, had been recruited to work with us in a mentoring capacity.

That seemingly impulsive meeting marked the beginning of a mutually rewarding relationship that continued until Freddie’s passing in 2014.

We Spartans were a motley crew. On the one hand, we were a close–knit bunch of kids with a shared, fun-loving value system based on loyalty and on excelling in all that we undertook. Individually, our personalities varied widely.

Bobby Range was brash and outspoken and had a biting sense of humor. Juke Shelton was warm, but reserved in the group. Reggie Alleyne, a gifted runner, was sort of scholarly. Milton and Richie Roye always had to finish their household chores before they could join us. Melvin Miller was studious.

For reasons that I don’t understand to this day, Robert Mitchem and I never seemed to get along with one another. But we always put our differences aside for the good of the Spartans when we played team sports. Jimmy Galloway and I were best friends, perhaps because we skipped school so often together. More on that touchy subject later.

We were a pretty welcoming group and had no formal admission process. Hang around with us, share our values, and you became a Spartan. But we didn’t want problems. For example, one neighborhood kid, who always seemed to be getting in trouble, made it known to us that he wanted to become a Spartan. Call it elitism or whatever, but we were cool toward him and made it clear to him that he wasn’t welcome. No, we weren’t about rehabilitating any of our errant neighborhood peers. 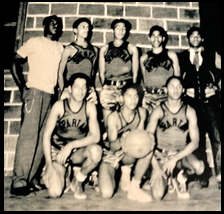 Freddie Gumbs reached us by molding us into cohesive basketball and football teams. We were long on teamwork, enthusiasm, and coaching, but woefully short on talent. In football, I was disappointed when Freddie relegated me to the unseen interior line position of tackle, because of my size and height. Freddie was a demanding coach, insistent that we be on time for practice and that we closely follow his instructions. I hated practice because it was so repetitious.

Losing a game against classmates from another neighborhood had consequences well beyond the final score. It meant that for at least a week, our opponents ceaselessly, publicly, and mercilessly teased us about the team loss or an individual bonehead play. During one game, for example, I prematurely went to rush the opposing quarterback and was blocked, allowing him to score an easy touchdown. It was a long week for me.

Another time, I was foolishly out of position on a kickoff return and accidentally kicked Milton Roye in the forehead, causing severe head lacerations. To this day, Milton often reminds me about that incident.

But the best part of our games was the enthusiastic support of the girls. Rhoda, June, Beverly, Joan and the others always turned out in force and cheered us on. No matter that we were usually on the short end of the score, we were buoyed by their unstinting support.

The Spartans were a source of strength and stability during what would become my chaotic junior and senior years at EHS.

Reggie Alleyne became a distinguished law professor; Melvin Miller, a lawyer and publisher of the Bay State Banner, continuously serving Boston’s  urban community for over 50 years. Richie Roye became a social worker and committed himself to volunteering for veterans. Robert Mitchem was an attorney and a successful entrepreneur. (We eventually reconnected, made light of our childhood differences, and chatted just a week before his passing in May, 2020.). Don Shelton became an educator; Milton Roye, a renowned automobile mechanic; Phil Morrison, an accomplished musician. Fred “Doc” Goodrum, our designated historian, became a career public employee.

Every one of the five Spartans who graduated from high school in 1949 went on to college – and graduated.

Nationwide, during this period, only 17 percent of Black people over 25 years were high school graduates. Only 13,000 Black students graduates from college in 1954. We were truly exceptional. Why? 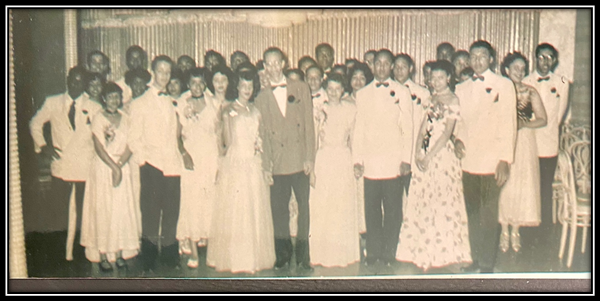 The story of the Spartans, our mentor Freddie Gumbs, and the wonderful young ladies who hung out with us is a story of a bunch of Black kids from the Hill section of Roxbury who, whatever their individual differences, were deeply loyal to one another, focused on excelling in their chosen fields, and managed to prevail against overwhelming odds.

In later years, those Spartans who remained in Boston, joined by Frank Proctor, Ted Howe, Jimmy Hadley, and Freddie Foster, regularly met for breakfast and fellowship at Charlie Georgenes’s Victoria’s Diner. I never missed a Spartans’s breakfast whenever I visited Boston. Sometimes a seat was left vacant, remembering those unable to join us.

Sadly, in 2020, the Spartans’s monthly breakfast meetings came to an end when its members had either died, moved away, or were physically unable to attend.